March 2019, Dennis & Lincoln competed at the AKC National Agility Championships in Tulsa – not merely “running” but remaining near the top of their class throughout, on into the Challengers Round.

You can learn more about Oklahoma border collie Lincoln at his Wizards of Smart Border Collies website.

March, 2017, Dennis & border collie Lincoln completed requirements for AKC’s Master Agility Championship (MACH).  Not content to just get it done, Lincoln’s 20 required MACH doubles (40) were NEVER out of the ribbons and included 35 FIRST-placements.

With limited trialing, Border Collie Lincoln has placed among the top 10 dogs jumping 24″ in Bad Dog Agility’s Power 60 one quarter each year 2015-2018.

Early on, Dennis & Kris moved beyond limited obedience. fitness, and dog agility instruction available in Oklahoma and turned to each other for coaching.

They continued to learn from the BEST, by attending workshops, private lessons, and online training with world-class obedience, fitness, and agility icons: 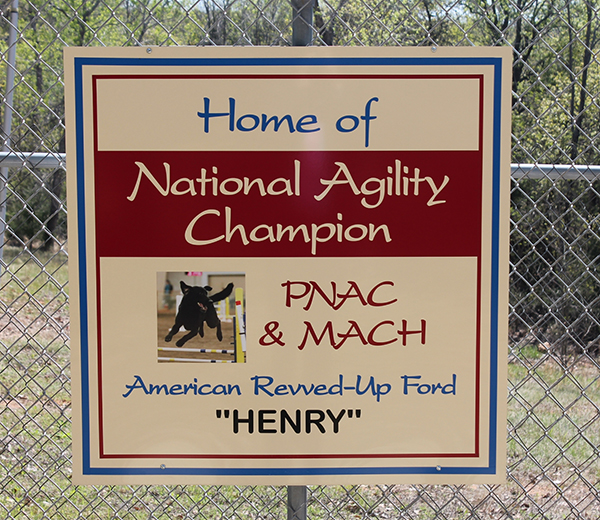